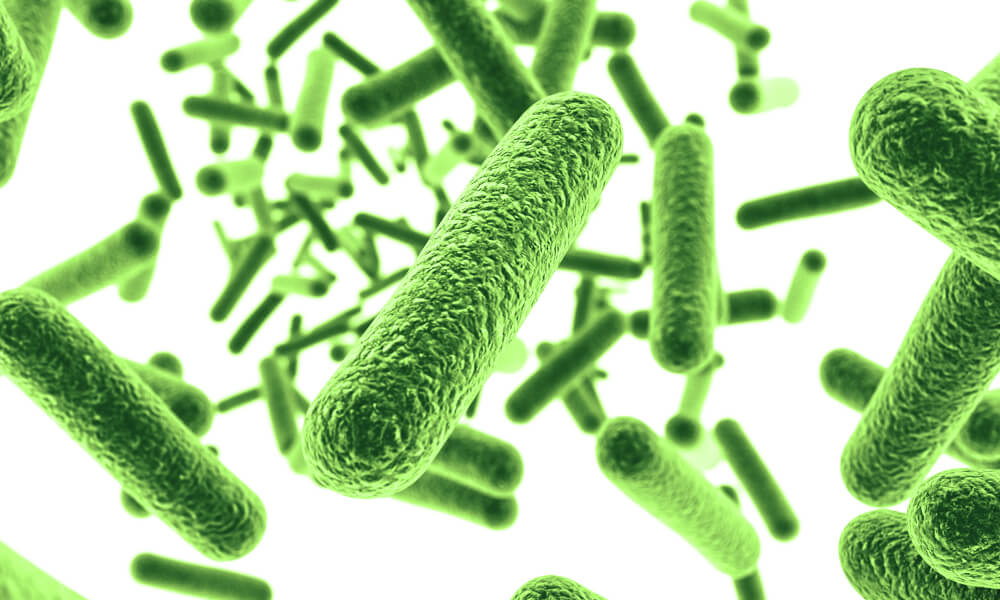 There are more microorganisms living on and in you than the total number of cells in your body. And a growing body of evidence suggests they are not just along for the ride. More and more studies are revealing the importance of the symbiotic relationship between your gut bacteria and you. Poor microbiome is increasingly associated with health problems such as diabetes, cancer and even depression. Probiotic supplements contain live bacteria that survive digestion to take up residence in the gut. So does this mean they can be used to improve your microbiome?

What is the microbiome? 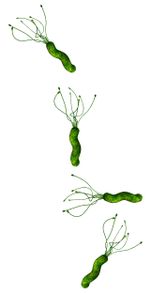 Your microbiome – also known as your microbiota – is the collection of all the microorganisms that live on and in your body. These include fungi, archaea and bacteria.

And it’s an important part of you. While there are around 10 trillion (that’s 10,000,000,000,000!) cells in the human body, some estimates suggest the microbiome is composed of more than three times as many microorganisms1.

Most of these symbiotic microorganisms have no known effect. They mind their own business. And while some of these can have negative effects, many more actually help the body.

The importance of the bacteria in your gut is only now being fully understood. These microorganisms help you digest food, absorb nutrients and prevent harmful bacteria from settling.

But more and more health issues are being linked to unhealthy gut microbiome.

The role of microbiome in health and disease

The modern diet is often at odds with optimal gut environment1. Our ancestors would almost certainly have consumed more prebiotic fiber such as that found in fruits, vegetables, nuts and seeds. And it’s the fermentation of this prebiotic fiber that feeds the probiotic colonies of the gut.

And this poor gut environment is linked with a growing list of health problems, such as:

In contrast, a healthy microbiome is associated with a strong immune system and reduced risk of disease1,2,3.

Fortunately, your microbiome is something you have a great deal of control over. The foods you eat greatly effect its composition. Sauerkraut, yogurt and kimchi are particularly effective food sources for the proliferation of good bacteria.

There are also supplements that contain beneficial bacteria and encourage a healthier microbiome: probiotics.

Probiotics and the microbiome

“A reader […] may be surprised by my recommendation to absorb large quantities of microbes, as a general belief is that microbes are harmful. This belief is erroneous. There are many useful microbes.“

Probiotic supplements contain live bacteria – the good kind. These microorganisms then settle in the gut and do their thing.

This isn’t an entirely new idea. The health benefits of deliberately ingesting microorganisms were first suggested in the early 1900s. However, this idea was largely ignored throughout most of the 20th century.

In recent decades, though, there’s been a surge in interest surrounding probiotics and the microbiome. As studies continue to reveal the importance of the microbiome in promoting health and preventing disease, researchers are looking for ways to harness these microorganisms. Probiotics are one way to do so.

The health benefit most often attributed to probiotics is improved digestion. Doctors also commonly recommend them after a course of antibiotics to restore the microbiome. But there is growing evidence to suggest the health benefits of probiotics extend beyond the gut itself.

By directly consuming the good bacteria you want to encourage in your gut, individuals taking probiotics can directly control their microbiome. If enough of the right microorganisms are consumed, this will improve digestion, enhance nutrient absorption and may even cure some health problems.

There are millions of species of bacteria that can be found in the gut. Different species have different characteristics and different health benefits. For example, some may help digest fatty foods whereas others may be especially useful for breaking down sugars. Some even fight disease.

Below are three of the most popular bacterial species found in probiotic supplements and their associated health effects.

L. acidophilus is one of the most well-studied and important probiotics. It’s commonly used to make dairy products such as yogurt and cheese but it’s also vital for human health.

And studies have shown orally consumed l. acidophilus is able to pass through the digestive tract without being destroyed. This means supplementing it is an effective way to increase levels within the gut.

L. acidophilus has been shown to improve – and even cure – an enormous range of health conditions such as irritable bowel syndrome (IBS) and diarrhea. The list is too long to mention in full but the following are broad categories which contain references to specific health effects improved by this microorganism:

Like l.acidophilus, l.casei is most commonly used to make foods such as cheese.

Studies have shown more than 50% of orally consumed l.casei survives to reach the ileum – the final section of the small intestine. Again, this means l.casei supplements are an effective way to encourage levels of this good bacteria within the gut.

And the health benefits of this probiotic are numerous and wide-ranging.

L.casei is known to complement the growth of l.acidophilus. This encourages production of amylase – an enzyme involved in the digestion of carbohydrates. This may partly explain why l.casei has been shown to control blood sugar levels and improve symptoms of type 2 diabetes in multiple studies1,2,3.

L. plantarum is able to survive acidic conditions and grows best at body temperature1. As such, it’s another probiotic that survives oral ingestion to reach the gut.

Once there, l.plantarum has been shown to attack pathogenic (bad) bacteria in the gut1 such as E.coli and prevent food poisoning. This also helps the native (good) bacteria grow stronger and makes the digestive tract more resilient to future invasion.

Other beneficial effects of l.plantarum include:

Probiotics are well tolerated by almost everyone. The microorganisms contained in probiotic supplements are those that are commonly found in healthy guts. In many cases, they’re actually essential.

But the microbiome is a complex and dynamic environment and manipulating it with probiotics can sometimes cause adverse effects – particularly in individuals with existing health conditions.

Individuals with a severely weakened immune system (immunodeficiency) should consult with a doctor before taking probiotics. Similarly, people with gastrointestinal disorders may be at greater risk of adverse effects.

Your microbiome is not made up of piggybacking bacteria just along for the ride. It’s a huge part of who you are.

“The symbiotic relationship between microbiota and the host is mutually beneficial. The host provides an important habitat and nutrients for the microbiome, and the gut microbiota support the development of the metabolic system and the maturation of the intestinal immune system by providing beneficial nutrients, e.g., by the synthesis of vitamins and short chain fatty acids (SCFAs).”

The full impact of this is only now being revealed.

As we’ve seen, imbalances in gut bacteria have been associated with a whole host of health problems. Poor microbiome increases the risk of obesity, heart disease and even cancer. Our modern diets don’t create the optimal environment for the bacteria we do want. But they often provide a suitable home for bad bacteria.

The best way to redress this balance is with diet. Consuming more prebiotic fiber in the form of fruits, vegetables, nuts and seeds feeds the good bacteria in the gut and encourages them to grow. Many foods – such as cheese, yogurt and fermented cabbage – are themselves rich in probiotic bacteria that are able to survive ingestion and settle in the gut.

An alternative way to increase probiotic bacteria in the gut is with probiotic supplements. Like yogurt and kimchi, these supplements contain the same good bacteria that boost immunity and fight disease.