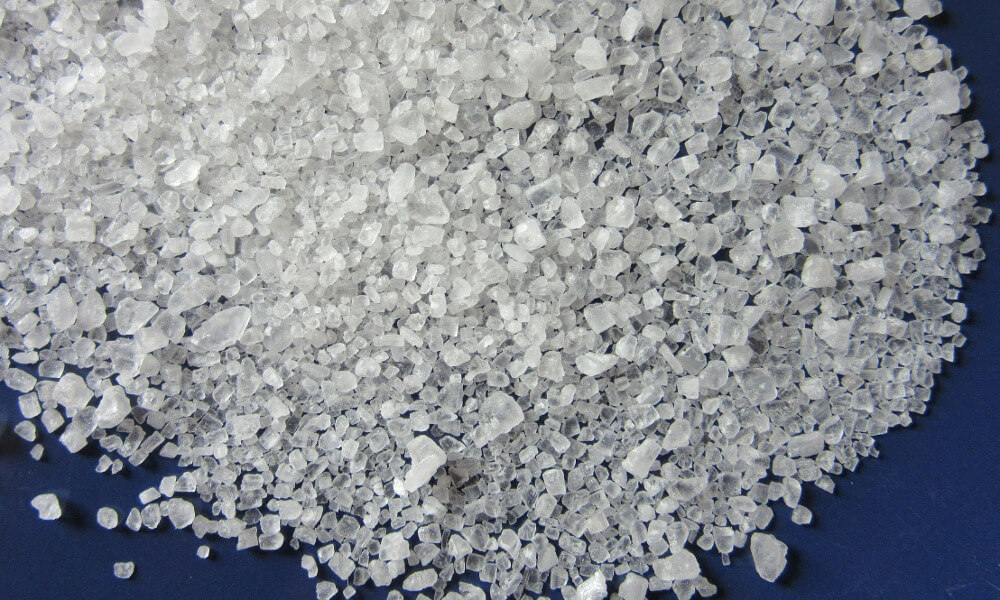 We typically think eating too much salt is a bad thing. And while there is such a thing as too much, new research suggests eating too little salt may be a greater cause for concern. Studies have shown a low sodium diet can increase the risk of insulin resistance and type 2 diabetes. In fact, there are many biological similarities between low sodium and high sugar diets. In this post we look at the links between low salt diet, insulin resistance and diabetes.

Diabetes mellitus is the name for a range of conditions characterized by elevated blood glucose levels.

Type 1 is caused by an inability of the pancreas to produce insulin. Insulin is the hormone that forces sugar out from the blood and into cells.

With type 2 diabetes, the pancreas often produces insulin normally. However, the body’s cells become increasingly resistant to the effects of insulin. This prevents sugar from being absorbed into the cells and so it remains in the blood instead.

It’s estimated that more than 30 million Americans suffer from type 2 diabetes1 – almost 10% of the population. And another 84 million suffer from prediabetes. If left unchecked, this often leads to full development of diabetes within 5 years.

Type 2 diabetes is linked to and increases the risk of many serious diseases, including:

Unlike type 1, however, it is possible for individuals with type 2 diabetes to reverse the condition and come off medication.

Aerobic exercise has been shown to improve insulin sensitivity in numerous studies1,2,3,4,5. Supplements – such as chromium and manganese – also have beneficial effects that may help patients with type 2 diabetes come off medication.

And while sugar should be the primary focus for diabetes, there’s another white granule that often gets overlooked: salt.

Current US health guidelines recommend adults consume no more than 2,300 mg of sodium per day1. This equates to roughly 1 teaspoon.

It’s worth pointing out that table salt is around 40% sodium so the actual guideline is more like 2 teaspoons of salt per day. Even so, the average American consumes around 3,400 mg of sodium per day – almost 50% more than is recommended.

These dietary guidelines are based on correlations between high dietary sodium and increased blood pressure – a risk factor for heart disease and stroke.

But too low dietary sodium may be a greater cause for concern, especially with regards to type 2 diabetes.

For example, in this study 638 patients attending a diabetes clinic were followed. Dietary salt intake was measured via urine samples (since 90% of dietary sodium is excreted this way). The researchers note, ‘paradoxically’, that low sodium diets were correlated with increased all-cause and cardiovascular mortality.

In other words, diabetic individuals on a low salt diet were more likely to die during this study than those who ate a diet with higher salt.

Perhaps the reason for this is that low sodium diets have been linked with increased insulin resistance.

In this study, for example, researchers managed to induce insulin resistance in healthy individuals within just seven days on a low salt diet:

“Our study shows that low salt intake is associated with higher insulin resistance. […] Our study is the largest study in healthy subjects, includes both men and women, was performed under carefully controlled conditions, and utilized a sodium content for the [high salt] diet that is comparable to the average sodium intake in the US population.”

These results have been replicated in at least two other trials1,2.

This paper from 2012 describes two consequences of fructose (the simple sugar added to many processed foods) metabolism: increased activity of the enzyme JNK-1 and IRS-1 phosphorylation:

“There, fructose is rapidly metabolized to fructose-1-phosphate (F1P) […] F1P activates dual-specificity mitogen-activated protein kinase 7, which subsequently stimulates JNK-1, a hepatic enzyme considered to act as a bridge between hepatic metabolism and inflammation. […] Both of these events stimulate serine phosphorylation of IRS-1, leading to hepatic [insulin resistance].”

Toward a Unifying Hypothesis of Metabolic Syndrome. PMCID: PMC3289531

In other words, insulin resistance.

And interestingly, another paper – this time looking at the effects of low salt diet – describes an identical phenomenon:

We’ve already seen that a low salt diet can induce insulin resistance in healthy individuals. These studies suggest they do so via almost the exact same mechanism.

We’ve seen evidence that too little salt increases the risk of type 2 diabetes. And it’s well established that people with type 2 diabetes are at greater risk of heart disease.

But too much salt is associated with increased risk of heart disease. How does that work?

The first thing to point out is that although a low salt diet is correlated with increased risk of type 2 diabetes, this does not mean the more salt you consume the lower the risk of diabetes. There’s a happy medium.

As we already saw in the study of diabetic clinic patients above, all-cause and cardiovascular mortality was higher in individuals eating a low sodium diet. While this isn’t conclusive proof that low salt diets do more harm than good, the large sample size of 638 suggests this is more than simply coincidental.

In light of these observations, more recent studies are questioning whether current recommendations to reduce salt intake are advisable for patients with type 2 diabetes:

“Observational studies have assumed that the blood pressure lowering effects of salt restriction will translate into a reduction in [heart disease]. Recent studies showing increased mortality in association with [low salt] intake, especially in patients with diabetes, question these assumptions.”

There’s a strong case to be made that, rather than reducing risk of heart disease, a low salt diet actually increases this risk in individuals with type 2 diabetes.

However, more research is needed and outcomes are likely to vary between individuals.

So, is salt really that bad?

Sodium is a vital electrolyte that binds water and maintains fluid balance in cells. Without it, the body cannot function.

And the studies discussed here demonstrate a clear link between low salt diet and insulin resistance. This means that not getting enough sodium could potentially lead to type 2 diabetes.

But this doesn’t necessarily mean eating more salt is a good thing – especially if you’re already getting enough sodium from your diet already.

2 Replies to “Salt and Insulin: How a Low Sodium Diet Causes Diabetes”