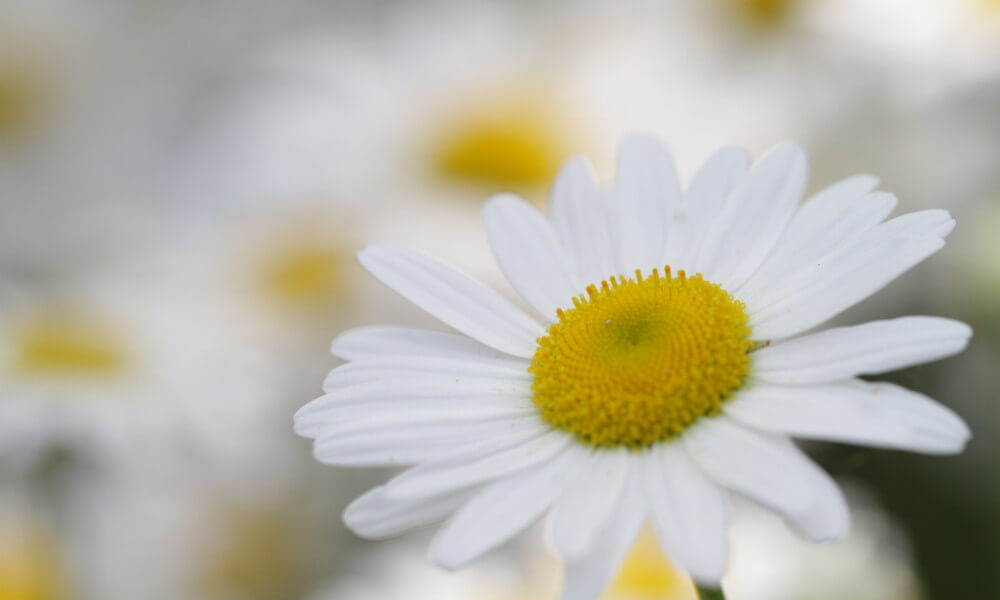 Just looking at chamomile is enough to make you feel relaxed! But there’s more to this daisy-like plant than just a pleasant appearance. Chamomile has long been believed to have calming effects – and there’s a significant body of evidence backing this up. In this post we take a look at the scientific research supporting chamomile for anxiety. 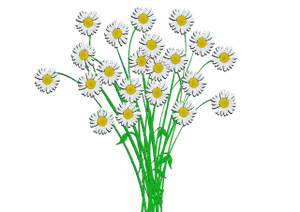 Chamomile is a daisy-like plant most commonly used to make tea with.

And those effects have been the subject of much research. Like valerian, chamomile has long been associated with calm mood and reduced anxiety. But there’s also evidence to suggest chamomile may be effective for reducing depression1.

Chamomile is also rich in polyphenols – many of which have anti-inflammatory and antioxidant properties1,2 that may bring other health benefits as well.

Everyone feels anxious from time to time. It’s normal to worry before an exam or get a bit nervous about certain situations.

But sometimes this anxious feeling – the elevated heart rate, sweating palms and so on – is disproportionate to the situation or persistent even when there’s nothing to worry about. When this happens, it may be symptomatic of an anxiety disorder.

There is a range of anxiety disorders, the most common of which include:

Despite differences in what triggers these different types of anxiety, there is a shared chemistry to almost all anxiety disorders.

Low serotonin is common to most anxiety disorders and so some compounds, such as 5-HTP, may reduce anxiety by by increasing levels of this neurotransmitter.

Low levels of Gamma-Aminobutyric acid (GABA) are also common to most anxiety disorders – and this may be the mechanism through which chamomile works.

GABA is a neurotransmitter that inhibits excitability throughout the nervous system. Perhaps unsurprisingly, low levels of GABA accompany most anxiety disorders1.

And at least one study has shown chamomile to have positive effects on GABA metabolism. This may be the mechanism of action through which chamomile reduces anxiety:

Of course, this is all theoretical. The important question is whether chamomile actually reduces anxiety in humans.

The Hamilton Anxiety Rating Scale (HAM-A) is a 14-item list designed to measure anxiety levels. Examples of criteria used in HAM-A include cardiovascular symptoms, tension and fear. Each item has a number of associated symptoms which are rated on a scale of 1 to 4.

HAM-A has been the medical standard for measuring anxiety since its creation in 1959. And it’s been used in numerous studies to test whether chamomile really does work for anxiety.

This trial, for example, tested the effects of chamomile on HAM-A scores in 57 patients with mild generalized anxiety disorder. The patients were randomly assigned either 440mg chamomile daily or placebo. Both researchers and patients were unaware (double-blind) whether they had received chamomile or placebo to prevent this from affecting the results:

“We observed a significantly greater reduction in mean total HAM-A score during chamomile versus placebo therapy […] This is the first, controlled clinical trial of chamomile extract for GAD. The results suggest that chamomile may have modest anxiolytic activity in patients with mild to moderate GAD.”

In other words, chamomile really does appear to reduce anxiety in a manner which cannot be attributed to the placebo effect.

The researchers state that the exact mechanism by which chamomile works is unknown but that “several lines of evidence suggest that one or more of its flavonoid constituents may produce anxiolytic activity by affecting γ-amino butyric acid (GABA), noradrenalin (NA), dopamine (DA), and serotonin neurotransmission.”

And this isn’t the only such trial, either.

The same results have been replicated in similar studies. Here, the same randomized, double-blind process was used – this time with 1500mg per day:

Researchers note that although chamomile was effective at reducing anxiety, it did not significantly reduce the rate of relapse. In other words, the mild anxiolytic effects of chamomile only lasted for as long as patients continued taking it.

The two trials above used very different dosages – 440mg and 1500mg per day – but both appear to be effective.

But supplementation is just one way of consuming chamomile. It’s also a popular (and delicious!) tea.

And while there are no medical trials that have yet tested the effects of chamomile tea on anxiety, anecdotal reports online suggest it too has the similar calming effect as the supplement.

On the Reddit anxiety sub, for example, many users report reduced positive experiences of chamomile tea1,2,3.

“Recently decided to replace a cup of coffee (although I will still drink some, maybe half a cup) with chamomile tea, and so far, it’s been helping greatly in dealing with morning anxiety.”

“Chamomile tea works good for me. It is considered to be a sedative so it helps calm down your nervous system. It’s also really well researched since people from all cultures have been using it for so long, so that is definitely a plus.”

Without clinical trials, though, it’s impossible to say for sure whether chamomile tea really does reduce anxiety.

But, given the studies discussed earlier, it seems highly plausible that chamomile tea is also effective for reducing anxiety.

Chamomile is generally considered safe and without side effects. But there are a few exceptions.

Those with ragweed allergy may find that chamomile causes the usual allergic reaction – runny nose, swollen eyes, itchy throat – as a result of cross-reactivity.

It is also not recommended to take chamomile in conjunction with aspirin or other non-steroidal anti-inflammatory drugs as it’s still unknown whether the two substances might interact.

And one group that should definitely steer clear of chamomile are pregnant mothers. At least one study has found chamomile to increase the likelihood of miscarriage1.

The most effective natural remedy for anxiety?

For centuries, chamomile has been known for its calming and relaxing effects.

And all the available research suggests this effect is more than simply placebo – even if the exact mechanism of action is still not fully understood.

There are at least two randomized, double-blind, placebo-controlled studies that have demonstrated chamomile to have a very real impact on anxiety – albeit a mild one. Anecdotal reports appear to confirm these results too.

The effects are difficult to doubt. And with a low risk of side effects and possible antioxidant properties, chamomile – either in tea form or as a supplement – is a viable tool for reducing mild to moderate anxiety.

While it remains to be seen if chamomile is the most effective natural remedy for anxiety, it’s arguably the most established.

2 Replies to “Chamomile: The Most Effective Natural Remedy for Anxiety?”