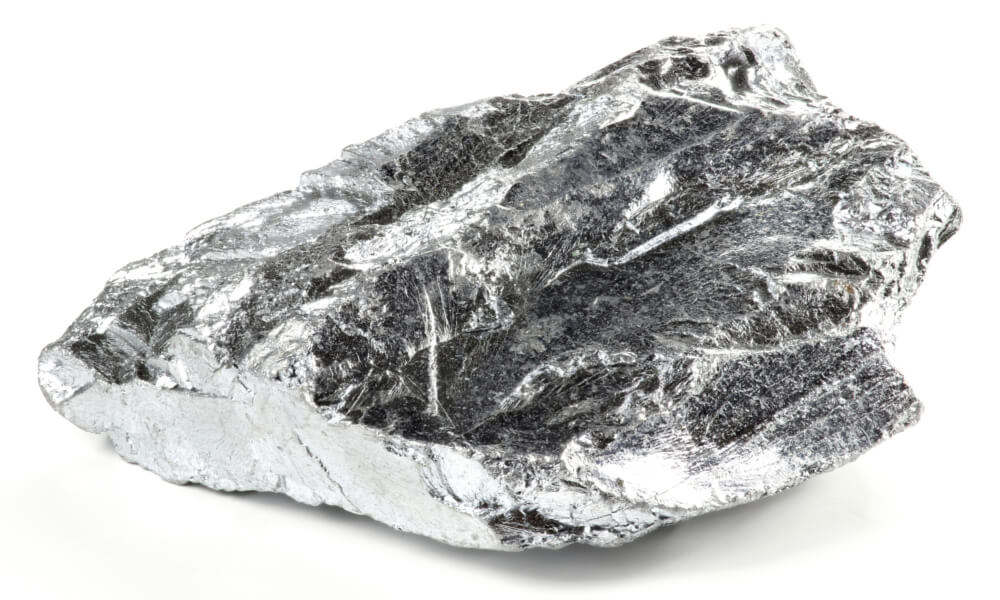 Type 2 diabetes is a metabolic disorder where the body’s cells become less sensitive to insulin. This causes sustained high blood sugar levels and is associated with a host of serious health issues including cardiovascular disease and stroke. Individuals with type 2 diabetes are also more likely to be deficient in chromium – an essential mineral for the digestion of carbohydrates. What’s more, chromium supplementation has been shown to increase insulin sensitivity and improve blood sugar control. So is chromium an effective treatment for type 2 diabetes?

Chromium is a chemical element. It’s a metal with atomic number 24 and the symbol Cr.

It’s also an essential nutrient in the human diet.

Chromium is primarily found in one of two forms: trivalent (chromium 3+) and hexavalent (chromium 6+). It’s the former version that is biologically active and found in food whereas the latter is considered toxic to humans.

The US National Institute of Health recommends adult males get at least 35mcg of chromium per day and 25mcg for females1. There is no upper intake level due to the fact that few if any serious side effects have been linked to excessive chromium consumption.

Many foods contain trivalent chromium – albeit in small amounts. Some of the best sources of this essential metal include:

Chromium may also be found in certain meats and whole grains. Foods high in simple sugars tend to have low levels of chromium.

Chromium is involved in the digestion of fat, carbohydrates and protein. It’s also known to enhance the action of insulin, making it of particular interest for individuals with type 2 diabetes.

As you may already know, there are two main forms of diabetes mellitus: type 1 and 2.

With type 2 diabetes, the pancreas often produces insulin normally. However, the body’s cells fail to respond to it in the correct way.

Usually, insulin causes sugar in the blood to be absorbed into the cells. But with type 2 diabetes, cells become less sensitive to this trigger, causing sugar to remain in the blood instead. If left to progress, the pancreas may eventually stop producing insulin.

Cases of type 2 diabetes have been steadily increasing since the 1960s. In 2015, it was estimated that 12.2% of US adults suffer from this metabolic disorder – with many unaware they have the condition1.

And type 2 diabetes has been shown to increase the risk of serious health issues including:

At present, there is no cure for type 1 diabetes. But with the right intervention it is possible for individuals with type 2 diabetes to come off medication.

And certain dietary supplements have also been shown to improve insulin sensitivity – one of which is chromium.

Multiple studies have demonstrated a link between chromium levels and type 2 diabetes.

“Our study demonstrated an inverse association between plasma chromium concentrations and T2DM and pre-diabetes in a Chinese population.”

In other words, the lower an individual’s chromium levels, the more likely they were to be diabetic or pre-diabetic. These findings have been replicated in at least two other studies1,2.

As you can see from the graph above, fasting blood sugar levels were significantly higher in the group with chromium deficiency.

These results suggest that chromium deficiency reduces insulin sensitivity. When cells no longer respond to insulin, sugar is not absorbed by them and instead remains in the blood. This would explain why fasting blood sugar levels were higher in the chromium deficient group.

Chromium supplements are an effective way to counteract deficiency.

Of the many studies supporting this claim, this one from 2015 is perhaps the most comprehensive. Researchers collated more than 62,000 responses from the National Health and Nutrition Examination Survey (NHANES) between the years 1999-2010.

Using this data, the researchers were able to identify any links between chromium supplementation and type 2 diabetes. They found that:

Given the enormous sample size, it’s impossible to attribute these findings to coincidence.

Furthermore, this meta-analysis (study of studies) analyzed the results of 13 separate randomized, placebo controlled trials of chromium. The authors reach the same conclusion as the 2015 study:

– Chromium supplementation in patients with type 2 diabetes and high risk of type 2 diabetes: a meta-analysis of randomized controlled trials. PMID: 27019254

Together, these studies provide conclusive evidence that chromium supplementation can improve insulin sensitivity and reduce the risk of type 2 diabetes.

As well as chromium, it’s common for diabetic and pre-diabetic people to be deficient in other essential metals1.

One such mineral is zinc. Like chromium, zinc supplementation has been shown in multiple randomized controlled studies to improve blood sugar control and improve insulin sensitivity1,2,3,4.

As mentioned, there is no tolerable upper intake level for chromium in the USA. This is because no study has yet found serious adverse effects from chromium supplementation – even at extreme doses1.

But as is to be expected from a supplement used to control blood sugar, chromium may cause hypoglycemia (low blood sugar). Some people also report stomach upset as a result of chromium use.

Chromium may also interact with certain medications. As such, it is recommended you consult with your doctor before taking supplements containing chromium.

“Chromium is an essential nutrient required for sugar and fat metabolism. Normal dietary intake of Cr for humans is suboptimal. The estimated safe and adequate daily dietary intake for Cr is 50 to 200 microg. However, most diets contain less than 60% of the minimum suggested intake of 50 microg. Insufficient dietary intake of Cr leads to signs and symptoms that are similar to those observed for diabetes and cardiovascular diseases. Supplemental Cr given to people with impaired glucose tolerance or diabetes leads to improved blood glucose, insulin, and lipid variables.”

Chromium is perhaps the most extensively studied dietary supplement for type 2 diabetes.

It may also be the most effective.

Though the exact mechanism of action is not fully understood1,2, there can be little doubt that chromium can improve insulin sensitivity and help control blood sugar levels.

We’ve seen plenty of studies demonstrate a link between chromium deficiency and type 2 diabetes. We’ve also seen comprehensive evidence – including meta-analyses and surveys of tens of thousands of people – that chromium supplementation can reduce the risk of developing type 2 diabetes.

This all suggests chromium may prevent pre-diabetic individuals from developing the disorder. And when combined with a low-sugar diet and appropriate exercise regime, chromium may even make it possible for those with type 2 diabetes to come off medication.