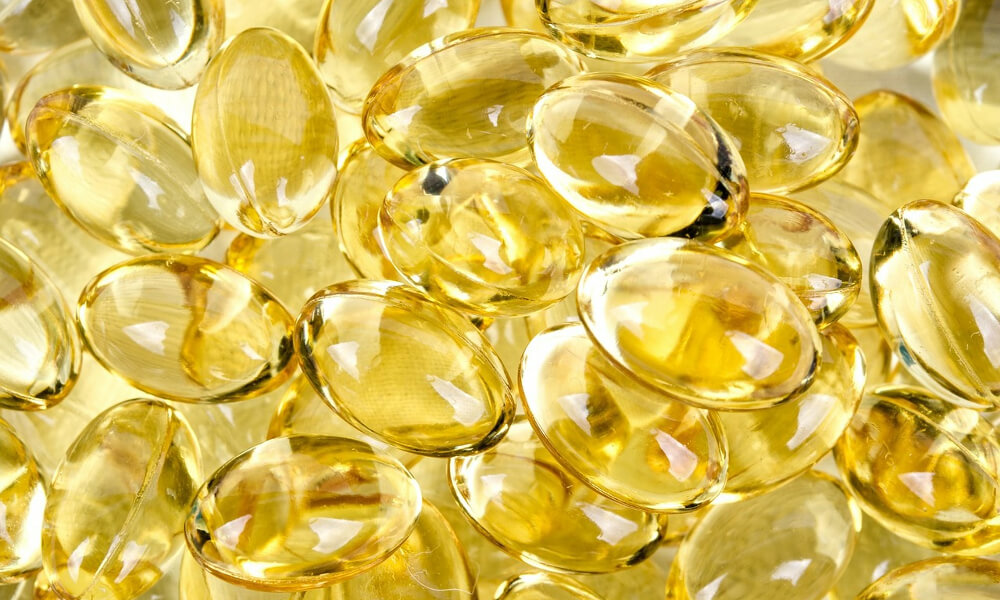 The modern diet is heavy in omega 6 but lacking in omega 3. This can lead to chronic inflammation and has been linked with a host of health problems including heart disease, diabetes, and rheumatoid arthritis. Now, there is evidence that depression can be added to this list as well. Supplementing omega 3 fish oils brings the omega 3 to 6 ratio back in balance and reduces inflammation. This suggests it may reduce depression. But what does the evidence say? Can omega 3 fish oil help treat depression?

As the name suggests, fish oil is derived from the tissues of oily fish.

Fish oil has been linked with all sorts of health benefits – reduced risk of cancer, improved cardiovascular health, lower cholesterol – that are often attributed to its high omega 3 content.

Omega 3 fatty acids are especially healthy because they counteract the inflammatory effects (more on this later) of the modern diet. It’s believed humans evolved to consume a diet with a more equal balance of omega 3 and omega 6 fatty acids. And while there is disagreement as to the exact ratio, the general consensus is that today’s diet is too heavy on omega 6 without enough omega 3.

For example, most cooking oils contain little or no omega 3. Corn oil, used in many processed foods, has a ratio of 46:1 in favor of omega 6. Beef – especially the non grass-fed variety – typically has a ratio of 10:1. And it’s the same story with chicken and pork.

Supplementing fish oil and omega 3 helps bring this balance into a more healthy range. The associated benefits of this are well established and numerous – but is reduced depression one of them?

Everyone experiences low mood from time to time. But when this low mood is persistent for a long period of time – especially without an obvious reason – this may indicate the person is suffering from major depressive disorder (MDD).

MDD is often referred to simply as depression – but there’s a difference. Depressed moods may come and go but with MDD this low mood persists for an extended period of time (usually 2 weeks or more) regardless of the situation. MDD is almost always accompanied by feelings of low self esteem, low energy and a lack of interest in previously enjoyable activities.

The causes of MDD are poorly understood. There are genetic, environmental and psychological components but no standardized laboratory test exists for it.

A popular hypothesis is that low serotonin levels play an important causal role in MDD. This is the basis for prescription antidepressants known as selective serotonin reuptake inhibitors (SSRIs). These drugs effectively increase available serotonin in the body by preventing its re-absorption.

SSRIs are the most widely prescribed antidepressants worldwide. However, their widespread use has been criticized. It is argued they only work in a fraction of patients1 and that negative side effects outweigh the benefits1. Recent studies also suggest SSRIs are ineffective for mild to moderate depression1,2.

“Simple biochemical theories that link low levels of serotonin with depressed mood are no longer tenable.”

It’s clear there’s more to depression than just low serotonin. And while it may be an important factor, it’s not the only one. This raises the possibility of tackling depression and MDD via alternative mechanisms.

In recent years, low level inflammation has been implicated in a growing list of modern health issues that includes heart disease, type 1 diabetes, coeliac disease and rheumatoid arthritis1. And there’s a growing body of evidence to suggest depression should be added to this list1,2,3.

So depression is an inflammatory disease, but where does the inflammation come from? PMCID: PMC3846682

Inflammation is part of the body’s response to damage. This could be a cut, a bruise, a virus or bacteria. Acute inflammation of this kind is necessary for the body to repair itself. White blood cells, immune cells, and growth factors are sent to the inflamed area to repair the damage.

However, if this damage can’t be resolved by the body, this can lead to chronic inflammation. It’s hypothesised that this unresolved chronic inflammation and the accompanying increase of cytokines sets the brain in a kind of ‘sickness mode’ that presents itself as depression.

But does this theory hold up in practice? Is there actually any evidence supporting fish oil for depression?

“While far from robust, there is enough epidemiological, laboratory and clinical evidence to suggest that omega-3 fatty acids may play a role in certain cases of depression. Fish oil supplements are well tolerated, and have been shown to be without significant side effects over large scale, 3-year research”

There are many and varied studies supporting the depression-fighting effects of omega 3 and fish oil.

First off, multiple studies have demonstrated that omega 3 supplementation reduces depressive symptoms in rats.
To test this, researchers place the rat in a container filled with water from which it can’t escape and monitor how long it attempts to climb out before giving up and floating on the surface of the water. The assumption is that this behaviour reflects the kind of despair common to sufferers of depression and is supported by observations of improved performance in response to a range of known antidepressants1.

At least 3 studies have tested the antidepressant effects of omega 3 using this experiment and each one reported an improvement in depressive symptoms1,2,3.

The observation that countries with higher consumption of fish have lower incidence of depression provides further evidence in support of omega 3 for depression1,2.

And a 2016 meta-analysis (i.e. a study of studies) also confirms these results. Researchers looked at 13 separate studies with a combined total of over 1200 subjects to see whether omega 3 fatty acids had an impact on depressive symptoms. They found that:

However, other studies are more cautious about drawing conclusions1,2.

A possible explanation for the conflicting viewpoints in these studies is the many potential causes of depression. For those whose depression is caused by insufficient dietary omega 3, supplementation is likely to improve symptoms. But if depression has some other cause then fish oil supplements are unlikely to have a noticeable effect.

There is no recommended dietary allowance for fish oil or omega 3 and requirements are likely to vary from person to person.

“In the meantime, given the current excess intake of omega-6 rich oils, and the emerging research on omega-3 fatty acids and [depression], all mental health professionals should at least ensure adequate intake of omega-3 fatty acids among patients with [depression]. The current average North American intake of EPA and DHA is approximately 130 mg per day, well short of the minimum 650 mg recommended by the international panel of lipid experts.“

Another consideration is the levels of EPA and DHA:

“Supplements containing EPA ≥ 60%, in dose range 200 to 2200 mg EPA in excess of DHA, were effective against primary depression.”

While there is no silver bullet for MDD, there is some evidence to suggest omega 3 supplementation can improve symptoms of depression.

But depression is a complex condition that is still not fully understood. There are multiple genetic, psychological, and environmental factors that each play their role. This makes it difficult to say with certainty what works and what doesn’t.

Yet even the biggest sceptics accept the potential benefits of omega 3 supplementation – even if it isn’t a substitute for prescription medication:

“Nonetheless, fish oils are good for the heart, have no demonstrated adverse effects when taken in reasonable dosages, and could potentially be beneficial for mood. Although patients should be discouraged from taking fish oils as a substitute for antidepressants or mood stabilizers, if they wish to take fish oils as an adjunct to those treatments, they should be aware of the tentative nature of the evidence for a beneficial effect on mood”

The modern diet is high in omega 6 but low in omega 3. This has been shown to create an inflammatory environment within the body that is linked with a great many health issues – one of which is possibly depression.

But even if this is not the mechanism through which it works, there is some evidence to suggest fish oil really can help fight depression – especially in mild to moderate cases. And for more serious cases, omega 3 fish oil may prove to be a useful adjunct to pharmaceutical options such as SSRIs.